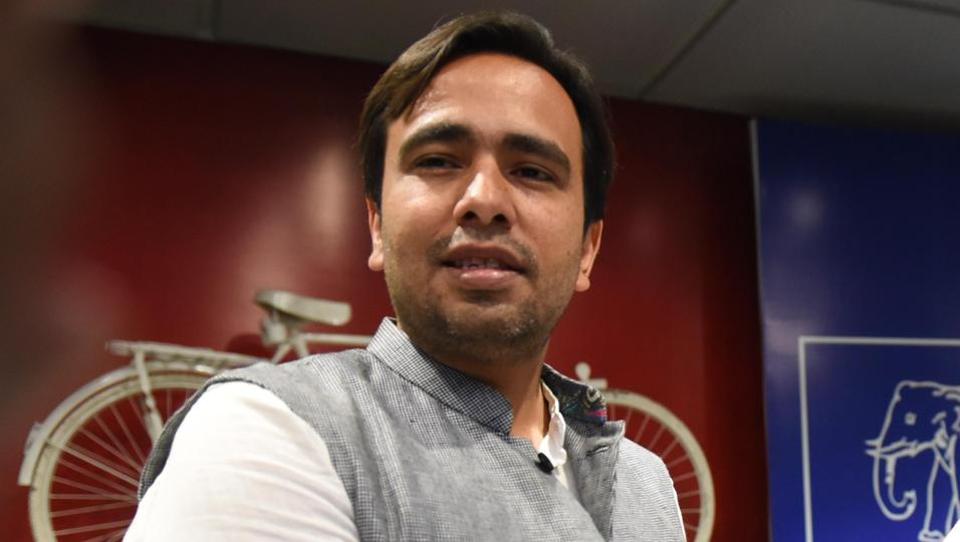 Q. What are your prospects in Baghpat, where your father came third in the 2014 polls?

A. The last election wasn’t a normal election. It was held in a very polarised environment. There were heated emotions -- the people had already made up their mind. It was as if there was only one candidate on the EVM. We have since worked hard to rebuild the social ties that had existed in the region. The SP-BSP alliance is working and paying dividends on the ground. I go to that region [Baghpat] with fond memories of my youth spent there, campaigning for my father. As a candidate, people see me with a different perspective.

Q. Your grandfather Charan Singh was a leader of Indira Gandhi’s stature in the heartland with a strong social base among Jats, Muslims and backwards. Can you recreate an equally formidable social line-up while bringing together Jats and Muslims?

A. No caste can survive politically or socially in isolation. It is the same for Jats. They are basically farmers who work with and take along other communities. Which is why they had political success in the past. That’s the magic we have to rediscover. We have tried to rebuild confidence with small community meetings. Those measures were needed. We are the only party that did bhaichara sammelans (harmony gatherings). The BJP didn’t do it. No other party did it in the aftermath of the 2103 Muzaffarnagar riots. We simply got people to sit together and talk about what happened. That’s the reconciliation process… we have been doing for the last two years. Then the political alliances came through and [the 2018] Kairana election was a watershed election. It was the litmus test to know whether the alliance will work, whether votes will get transferred, will we rise above the Hindu-Muslim divide. We could successfully do all that. Given that experience, there is confidence that the trust between the two communities, whatever deficit we had, will be more than made up.

Q. It should be easier for you to replicate the Kairana template in Baghpat and Muzaffarnagar where the Congress has not given candidates, unlike in Mathura, where your party is in a triangular fight with the BJP and the Congress. How’s your father’s campaign going in Muzaffarnagar?

A. Chaudhary sahab has worked for three decades on issues that are very close to the people here. He was instrumental in setting up the sugar industry. Numerous times when farmers were in a crisis, he came forward to help. So there is that legacy. This election is about that respect [for past work], it’s about taking the farmers’ issues to the political mainstream. Ajit Singh ji stands for all that. But our rivals are running a very negative campaign in Muzaffarnagar. Uma Bharti came here and mocked: baap bhi hara, beta bhi haara [in 2014, father and son both lost]. Yogi Adityanath talked about riots, [Narendra] Modi ji spoke about migration of Hindus [from Kairana]. These are the scars from the 2014 past. People have realised that those who talk on those lines do not want Muzaffarnagar to prosper.

Q. The combined votes of RLD and the Congress here last time were less than 20,000. In that sense, Ajit Singh has taken a huge political risk by contesting from Muzaffarnagar. What prompted him to do that?

A. Basically because the whole country was shocked about what happened here in 2013. He had a longing that it shouldn’t be his legacy. It wasn’t an easy decision for him to come here from Baghpat, a constituency he nurtured for years. But it was a very well thought and considered decision. That’s how he wants to leave his mark [in Muzaffarnagar].

Q. You are entering a Gujjar-dominated village. What’s your message for them as also the Jat youth? Is it a caste pitch or a socio-economic message?

A. Not a caste message at all. It’s a message for building social cohesion, building social ties. It’s about farmer-centric policies. You asked me about the youth. The youth across castes are the same. They want jobs, economic prosperity and opportunities that have been the biggest failings of Modi ji. We’ve also have taken up an issue relating to young voters of the age of 18-25 who cannot contest elections. Age of candidacy is the next issue. If they can be village pradhans at 21, then why can’t they contest for assembly or Parliament at that age.

‘Peaceful protests are safety valves for people to vent their anger’’

“It’s turning out to be like a Bollywood potboiler where nobody knows who is firing the bullets,” remarked Jayant Chaudhary, vice president of the Rashtriya Lok Dal (RLD), on the law and order situation in Uttar Pradesh.