The verb ‘reform’ is defined in the Oxford dictionary as to “make changes in (something, especially an institution or practice) in order to improve it”. An improvement should in theory be acceptable to a large majority of the constituents affected by the change.

However, in the Indian context, reforms, especially those related to markets and economic institutions, have often elicited mixed reactions. We can take some respite in that we are not the only ones seemingly immobilised by this suspicion of change; as we watch, Europe is acrimoniously debating the issue of austerity versus public spending.

In my view, the Indian experience of economic liberalisation has been largely positive; however, opening up our markets and issues like foreign direct investment (FDI) are still subject to criticism from various constituents of the political spectrum. During the parliamentary debate on FDI in retail in December 2012, the example of the sugar industry was used by some opposition leaders to highlight how the industry-farmer supply chain arrangement ends up hurting the poor farmer.

While expressing my party’s support to the move to open up our retail markets, I spoke in Lok Sabha about the irony in the use of the sugar industry example to buttress the protectionist arguments. In my view the benefits in assured and higher realisations, which farmers have over the years enjoyed because of the direct sourcing by industry, were the justification for encouraging more private sector involvement in the food value chain. 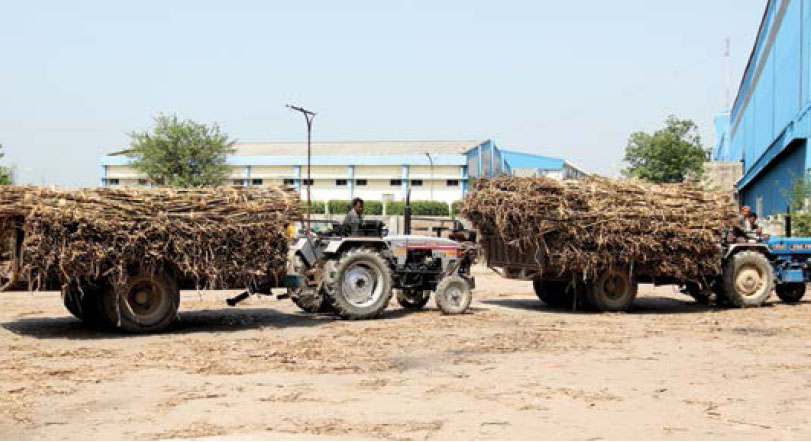 The welfare of 50 million sugarcane farmers and their dependants is tied to the health of the industry, which includes private players, cooperatives and government-owned and -operated mills.

It is a relationship that faces constant stress because the issues of cane arrears and malpractices by the larger private players are common. Yes, farmers have had to organise and take recourse to agitation; I led a dharna at the Moradabad commissionary on April 6 to raise the issue of cane arrears in Uttar Pradesh which at the

time were in excess of Rs 6,000 crore! But it is a symbiotic relationship and the farmers would, without exception, support reforms that improve the state of the industry.

The Rangarajan committee, an eight-member panel led by the chairman of the prime minister’s economic advisory council, in its report published in October last year on “The Way Forward” for regulations in the sugar sector, recommended wide-ranging reforms. After the meeting of the cabinet committee on economic affairs (CCEA) last month, the government is now set to remove the levy obligation and the regulated release mechanism. Both these steps will have positive repercussions for the sugar industry, consumers as well as sugarcane farmers.

For the last two decades, mills have had to sell 10 percent of their production to the central government at a subsidised price, while the remaining output is released in the open market in pre-fixed periodic release quotas. These regulations have placed a financial burden on the sugar mills and impacted their ability to pay sugarcane farmers. In a sense, the farmers were bearing the costs of sugar provided under the PDS. Enabling mills to sell all of their output at the market price will improve their financial condition and lead to a reduction in cane arrears, thus benefitting farmers.

The financial implication of removing the levy obligation has been estimated at Rs 3,000 crore per year for the industry. In the long run, this has the potential to stabilise the price of sugar in the event that mills are able to clear their dues to farmers, encourage a stable cane growing area, and reduce the price of sugar as consumers will no longer have to bear the additional cost of the levy sugar which had earlier impacted the open market price for non-PDS consumers. These reforms can therefore have positive implications for stakeholders across the board.

The Rangarajan committee also prescribed a gradual phasing out of the cane area reservation system that restricts transactions between sugar mills and farmers, as well as the minimum distance of 15 km that is prescribed between two sugar mills in most states. Views on these measures are divergent. On one hand, it is held that lifting these regulations will increase competition in the industry. The committee points out that it can strengthen the bargaining power of farmers.

However, the perishable nature of sugarcane puts farmers in a disadvantageous position here, which is something that previous committees on the sugar sector have observed.The Tuteja committee, for instance, in its report on the “Revitalisation of the Sugar Industry” in 2004 observed that since sugarcane has to be crushed at the earliest harvesting, sugarcane farmers are obliged to supply cane to mills, which become the monopolistic buyers of the raw material. Issues of credit availability for farmers who do not enter into long-term contractual arrangements with mills in absence of cane area reservation also need to be looked at. While removal of the cane area reservation in theory promises greater flexibility to farmers in being able to supply to mills, the extent to which farmers and especially those with small and marginal landholdings may actually be able to exercise this freedom is questionable. Besides, fear of larger players in the industry using muscle to ensure cooperative mills and smaller mills are edged out have merit.

Reforms in the trade policy of sugar have not been broached at this juncture and the mechanisms for pricing, production and sale of sugarcane have been left to the jurisdiction of state governments, as these policies come under their ambit. It will be appropriate to remind ourselves of the agitation in November 2009 when farmers descended on parliament in large numbers on Rashtriya Lok Dal’s call to protest the change in policy (the fair and remunerative price, or FRP notification) that had infringed on the states’right to issue state advised price (SAP).

Subsequently, the central government removed the offending article from the bill and gained the approval of parliament. It is obvious that growers perceive that state governments have the political imperative to provide remunerative prices for cane through SAP, whereas the incentives for the central government to provide a truly ‘fair and remunerative price’ are weighed down by the increased subsidy expenditure for providing sugar in PDS.

It must also be pointed out that the supreme court in 2004 had upheld the right of the states to administer sugarcane price. In my view, keeping in mind the variance across states in productivity and cost of production, the SAP mechanism should not be tampered with.

However, I believe a consensus needs to be built on the need for some explicit link in the price of sugar and sugarcane. The formula must take into account the variances in recovery across states and also establish the farmers’ right to the nonsugar revenue streams from by products like cogeneration of power, bagasse and molasses.

The cyclicity in the sector has hurt the industry and is also a danger for small farmers in particular. The idea of a price stabilisation fund to protect the farmers in case of downturn in international sugar prices needs to be actively looked at. While the industry has recourse to the sugar development fund that is funded by the excise on sugar as levied under the Sugar Cess Act, farmers have to bear the brunt of any downturn in sugar prices and health of the industry.

By accepting some of the proposals of the Rangarajan committee report and introducing reforms in the sugar space, I believe the central government has adopted the right approach and shown that reform need not be a dirty word.

Looking forward, as long as adoption of reform is measured and nuanced to take into account the variances that our vast country throws up, and importantly at its core, the decisions protect the interests of the sugarcane growers, they will be well taken. Well meaning reforms built on concern for the majority can give a sweet taste after all.

Chaudhary is a member of the Lok Sabha and a leader of the Rashtriya Lok Dal. He was assisted in writing this article by inputs from Saanya Gulati, his LAMP (legislative assistant to MP) fellow provided by the PRS Legislative Research India, as well as from the RLD four-member committee to study Rangarajan committee’s report on the sugar industry.

‘Peaceful protests are safety valves for people to vent their anger’’

“It’s turning out to be like a Bollywood potboiler where nobody knows who is firing the bullets,” remarked Jayant Chaudhary, vice president of the Rashtriya Lok Dal (RLD), on the law and order situation in Uttar Pradesh.